What is a vector image

Turn Your Hobby Into A Business 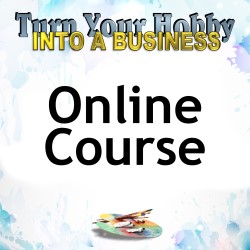 Vector images, also called object-oriented or draw images, are defined mathematically as a series of points joined by lines. Graphical elements in a vector file are called objects. Each object is a self-contained entity, with properties such as color, shape, outline, size, and position on the screen included in its definition.

An example of a

An example of a

Since each object is a self-contained entity, you can move and change its properties over and over again while maintaining its original clarity and crispness without affecting other objects in the drawing. These characteristics make vector-based applications ideal for illustration, in which the design process often requires individual objects to be created and manipulated.

Vector-based drawings are resolution independent. This means that they appear at the maximum resolution of the output device, such as your printer or monitor. As a result, the image quality of your drawing is a higher quality resolution if you print from a 600 dots per inch (dpi) printer than from a 300-dpi printer.

CorelDRAW allows you to incorporate bitmaps into your drawings and to export bitmaps you create. For simple drawings, you can use the Autotrace command or the Freehand tool to trace around the outline manually. For more information, see "Tracing bitmaps" on page 541.

Was this article helpful?

Turn Your Hobby Into A Business